Our final task for the retreat brought us together in round table dialogue about the table of contents for the new standards. This gives us some forward thinking for feedback and collaborative development of the publication. Much work is ahead in these exciting and revealing times of the SIGNIFICANCE OF SCHOOL LIBRARIES in Canada!

Please feel free to forward your contributions and feedback. Share your voice in the comments below this post, or by email to cindyoreo@gmail.com.

Posted by Cindy van Wonderen at 6:57 PM No comments:

Judith Sykes speaks to us via Skype to share her reflections about renewal of the national standards for school libraries and the development of the Learning Commons and leadership. A proposal for a writing project has been brought forth to the Executive Council of the Canadian Library Association, today @ the all day council meeting. The project looks to develop an app, as opposed to a print book, that can allow for cost recovery. The app would allow for downloadable criterion-based templates. The proposal includes a tight time line and is to make use of provincial associations to propel the dialogue and feedback. The development would likely be via GoogleDocs, with submission during the Fall and editing into the Winter months, with a meet at OLA's Superconference before a final re-write. Possibly there can be a launch for CLA next Spring.

The templates that Judith proposes is like an action plan to consider targets, within the local school context. It can be used for goal-setting. It may well work as an 'innovation map'.  At this point the likelihood is that feedback will not necessarily be via provincial association presidents, as the listserv is no longer viable. We will have to initiate communication via the Voices for School Library ning. Ray's suggestion is that we also contact individuals beyond our school library community, to Ministries of Education. How can parents and senior staff of Boards of Education be involved?

The Alberta Education School Library Services Initiative (SLSI) has informed Judith's work. The associated survey, included on this site, can be utilized to propel the conversation and feedback. Linda Shantz-Keresztes has echoed the enthusiasm for this proposal and the significance for the future of school libraries in Canada.

Posted by Cindy van Wonderen at 10:13 AM No comments:

Trish Cislak has let us know about further research opportunities, which highlight's Ray's comments last night that we ought to be involved in research ourselves, after all we teach it every day. Another opportunity to look to is: http://targetactionresearch.blogspot.ca/ .

Richard Reid has been thinking about the digital toolkit.

We're reading through all the research papers which have not yet been presented. The Book2Cloud platform allows us to comment below each paper. Please read our comments and consider your own connections and 'aha's from these papers. How do these connections inform our development toward a revised set of national standards for school libraries and school librarianship?
Posted by Cindy van Wonderen at 8:48 AM No comments:

Liz Kerr has introduced Ray Doirion,  Professor, Faculty of Education, University of Prince Edward Island, as the bearer of the history of school libraries in Canada. As we look to the future of school libraries and have hinged today's dialogue on futuristic views, Ray has a sense of time to share with us.


Ray's address, Confronting the 'Crisis of Significance' in 21st Century School Libraries, may be titled pessimistically, but he is an optimist at heart. The never-ending 'crisis' of school libraries has been going on for over 40 years. Mobile learning will become a very powerful tool in the developing world as the ubiquitous cell phone switches to the smart phone. With a reflection on countries like Ethiopia, where libraries are so highly valued, we are charged to think about the changing paradigms.

When we look to the Framework for 21st Century Learning we  need to consider the learning environments that support creativity, professional learning communities, relevant real-world contexts, international involvement, both face-to-face and online. The 21st Century Learning Initiative policy paper speaks of the political imperative regarding new models of learning. Although these perspectives have been a part of the school library field for decades, the inquiry-based learning has become the work of all teachers, the learning in all classrooms, as today's thinking and policies would tell us. Out resource-based inquiry work does end at the library door; it reaches into the classrooms, ought to be happening in the classrooms. Reaching out from school libraries is not new, but the action involved in inquiry has found it's time. Inquiry + Action = 21st century learning, because our learners do, connect and communicate inquiry every day, in so many ways. The multimodal, multimedia resources are our learners' reality, as well as reciprocal learning and teaching.They want to direct their own learning and demonstrate their capacities.

As we look toward new metaphors the 'hub' and the 'heart' of the school, the school library, may well be see now as the 'third space' (Kulthau), aligned with Reggio Emilia approach of understanding the environment as the third teacher. Another sense if Frey's 'centres of culture'. Today, says Ray, we focused on the the Learning Commons, but the predominance of the talk was on learning, not the commons. The space where the community comes together, the commons, must be the selling point of our paradigm! We can think more in terms of ecological models.


Three major challenges:
-We are lacking current and reputable research linking 21st century learners & learning to the role of the school library.   > Shift from student achievement to issues of soical justice, equity and culture/community.
-We have a growing need for re-invigorated leadership in school librarianship.
-Keeping up with our growing professional learning needs.   > action research, PLCs, study groups

Perhaps the growth of the Learning Commons needs to look to the academic libraries which have focused so much on the commons aspect, and to public libraries which are reinventing themselves as culture centres in the digital age. How can we look to other library contexts to inform our redesign? What value can we bring to the proliferation of talk about inquiry beyond libraries? Perhaps we should be celebrating the dissemination of inquiry beyond libraries and embrace the commons of other libraries, all learners and culture communities.

Together for Learning: Ontario Context

Phillip Jeffrey - Hamilton Wentworth Catholic District School Board
-Strategic Planning in a "What have you done for us lately?" era
-Review of Library Services
-Demonstration of teacher-librarian work in developing Knowledge Building Centres (KBCs)
Results:
-"Develop the Learning Commons in each school ... " has been included in the Board Improvement Plan
-'At a Glance' booklet for principals to refer to T4L document and role of principal

Jean Conte - Peel District School Board
Collaborative Teacher Inquiry and the School Learning Commons
https://sites.google.com/site/treasuremountaincanada2/conte
Inspiration from T4l document came to an alignment with Board, in conjunction with Ministry of Education Building Capacity series monographs such as Collaborative Teacher Inquiry and the new assessment practices in Growing Success.

Posted by Cindy van Wonderen at 4:59 PM No comments:

David Loertscher is telling us about Virtual Learning Center Template which his students use in the creation of editable 'rooms'. As opposed to learning management systems built on the 'old behaviourist' structure, these templates are built on the ever-emerging constructivist paradigm. Students curate meaning our of their 'chunk' of the whole, in this case for virtual presence rather than standard library websites. These learning environments include public portals as well as personal learning sites.
http://www.schoollearningcommons.info/the-virtual-learning-commons
http://www.odu.edu/educ/roverbau/Bloom/blooms_taxonomy.htm

Posted by Cindy van Wonderen at 4:35 PM No comments:

Let's get your thoughts, connections and understandings from these presentations!
Please feel free to add your voice in the Comments below this post field!

How should the School Library Learning Commons respond to teacher, parent and student concerns about working and learning with technology?

Check it out! http://tinyurl.com/7u93us3
The 'big ideas' are organized below the red lines in each column!
Posted by Cindy van Wonderen at 2:10 PM No comments:

Young Canadians in a Wired World

KEYNOTE:
Dr. Valerie Steeves, author of the Media Awareness Network 2012 research report, Young Canadians in a Wired World is explaining her research. The goal was to study good teachers, not just tech savvy teachers, and their relationship with students, as well as technology itself. In such a wired world, with so many devices and kids so busy on screens, do students use technology to learn? Do teachers teach technology or teach with technology?

As educators we need to navigate the curriculum for the students. The students can navigate the technology. Classroom communities give us the opportunity to mediate the purpose of weaving technology into the learning. They found that students began to feel a sense of expertise, that they had the know-how to bring to the learning. Classroom management strategies are called upon even more so than with paper and pencil work. The findings have shown a strength in more experienced teachers to deal with the project management and organization around use of devices. The single greatest barrier was found to be filters to online access. Open access grows a sense of decision making and digital mindfulness.

Teaching and learning with technology offer the benefits and best practices.
-wealth of Learning Resources
-communication with others outside the classroom
-collaborative learning
-individualized learning styles

Anita Brooks-Kirkland has made the connection to http://www.tpck.org/ .
Posted by Cindy van Wonderen at 1:54 PM No comments: 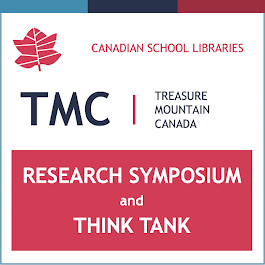